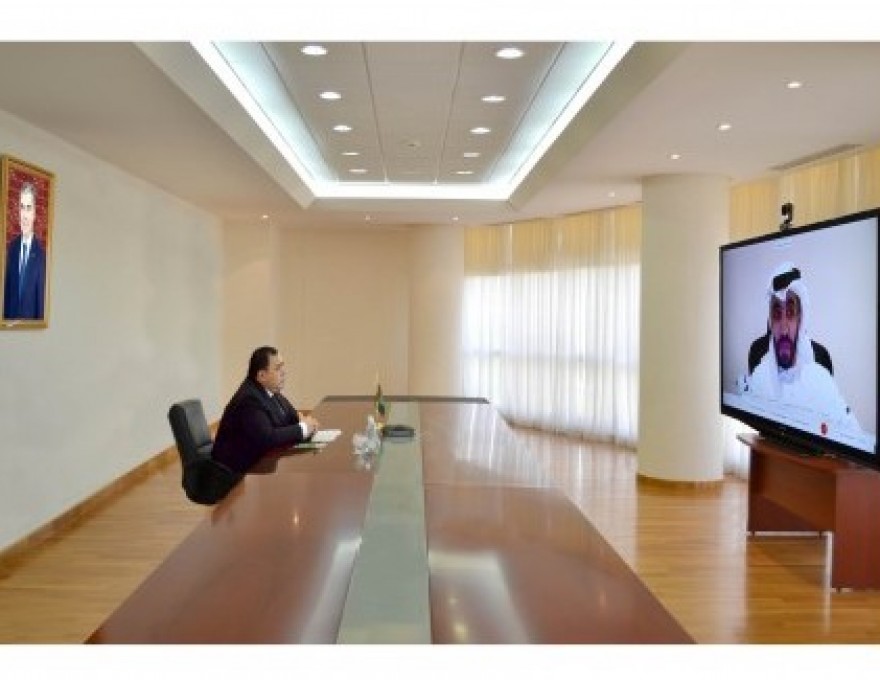 On the 14th of October 2020, a meeting through videoconferencing was held in the MFA of Turkmenistan between the Deputy Minister of Foreign Affairs of Turkmenistan B.Matiyev and the Assistant Minister of Foreign Affairs and International Cooperation of the United Arab Emirates Abdulnasser Jamal Al Shaali. After exchanging warm greetings, the parties noted the high level of bilateral relations between Turkmenistan and the UAE. The interest of two countries in expanding the legal base of cooper...

On October 14, 2020, an online meeting was held with the President of the International Tennis Federation, a member of the International Olympic Committee, David Haggerty. From the Turkmen side, representatives of the National Olympic Committee, the Tennis Federation of Turkmenistan, the Ministries of Sports and Youth Policy, as well as foreign affairs of Turkmenistan took part in the meeting. During the meeting, the parties discussed the issues of stage meetings of the Davis Cup Internati... 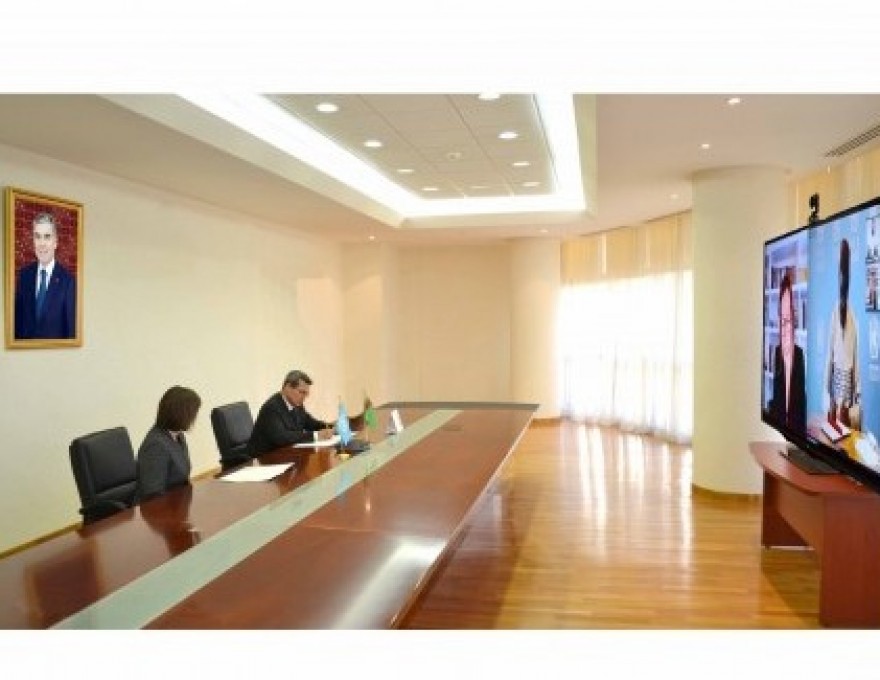 On October 13, 2020, the meeting of the Minister of Foreign Affairs of Turkmenistan Rashid Meredov with the Secretary General of the United Nations Conference on Trade and Development (UNCTAD) Mukis Kituyi and the Assistant Secretary General of the United Nations, Director of the Regional Bureau for Europe and the CIS Mirjana Spoljarich Egger was held via videoconference. The meeting was also attended by the UNDP Resident Representative ad interim in Turkmenistan Natia Natsvlishvili. During t...

ISSUES OF COOPERATION BETWEEN TURKMENISTAN AND SAUDI ARABIA HAVE BEEN DISCUSSED

On October 13, 2020, a meeting of the Minister of Foreign Affairs of Turkmenistan R.Meredov with the newly appointed Ambassador Extraordinary and Plenipotentiary of the French Republic to Turkmenistan Isabelle Guisnel was held at the Ministry of Foreign Affairs of Turkmenistan. At the beginning of the meeting, the parties expressed their commitment to the development of bilateral relations. Having discussed issues on strengthening friendly relations between the two countries and expanding bil...

The events taking place in brotherly Kyrgyzstan cause our serious concern. We, as close neighbors, bound by centuries-old bonds of friendship, good neighborliness, common cultural and spiritual values, call on the people of Kyrgyzstan in these difficult days to show their inherent wisdom in order to preserve peace and restore stability in the country. We express the hope that all political parties and public circles of Kyrgyzstan will make the necessary efforts to ensure peace and tranquil...