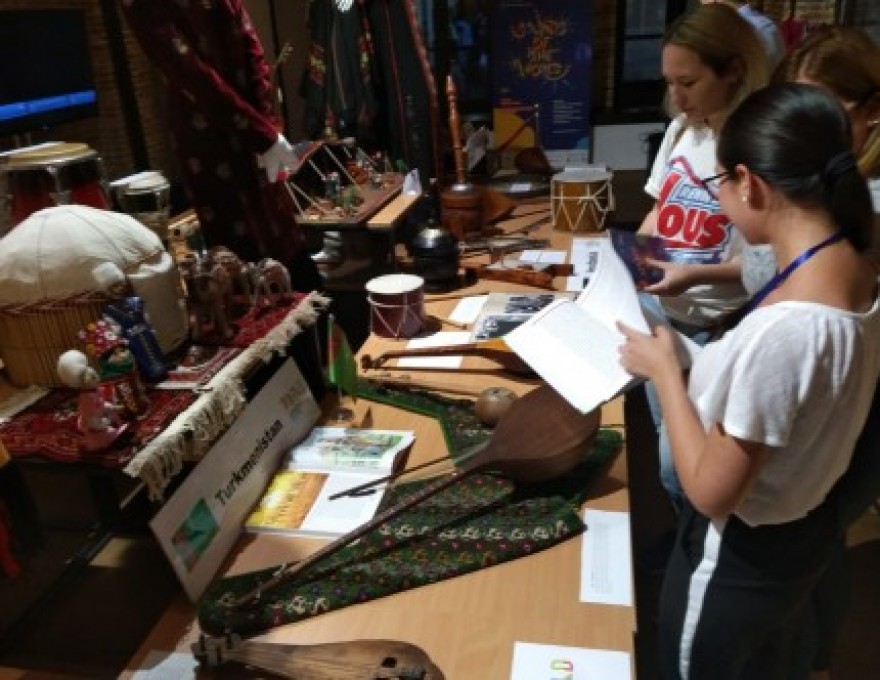 On September 3, 2018, official opening ceremony of annual international «Embassy Festivals» was held at the cultural center «ARCUB» in Bucharest and the representatives of more than 70 diplomatic missions accretided in Romania, international organizations, ministries and agencies of Romania, romanian cultural community, loсal population and media participated in it. The organizers of the festival are NGO «ESÇU Аssosiation», the representative office of UNESCO in Romania and the Ministry of Fo...

On August 31, 2018 the Embassy of Turkmenistan in Federal Republic of Germany with the assistance of Berlin Museum of prehistory and early history organized event called «Margiana – the kingdom of Bronze Age in the territory of Turkmenistan» in the framework of the motto of year 2018 «Turkmenistan - the heart of Great Silk Road». The representatives of Federal Chancellery of the Federal Republic of Germany, Federal Ministry of Foreign Affairs, Federal Ministry of Economy and Energy, the heads...

Ashgabat, 31 August, 2018 – the conference dedicated to upcoming «Amul-Khazar 2018» international rally was organized at the «Sport» hotel in Olympic village. Senior officials, staffs from ministries and agencies responsible for organizing «Amul-Khazar 2018» international rally, media representatives, NGOs teachers and students of institutions of higher education participated in this event.     On August 31, the minister of the Ministry of Internal Affairs of Turkmenistan presented interna... 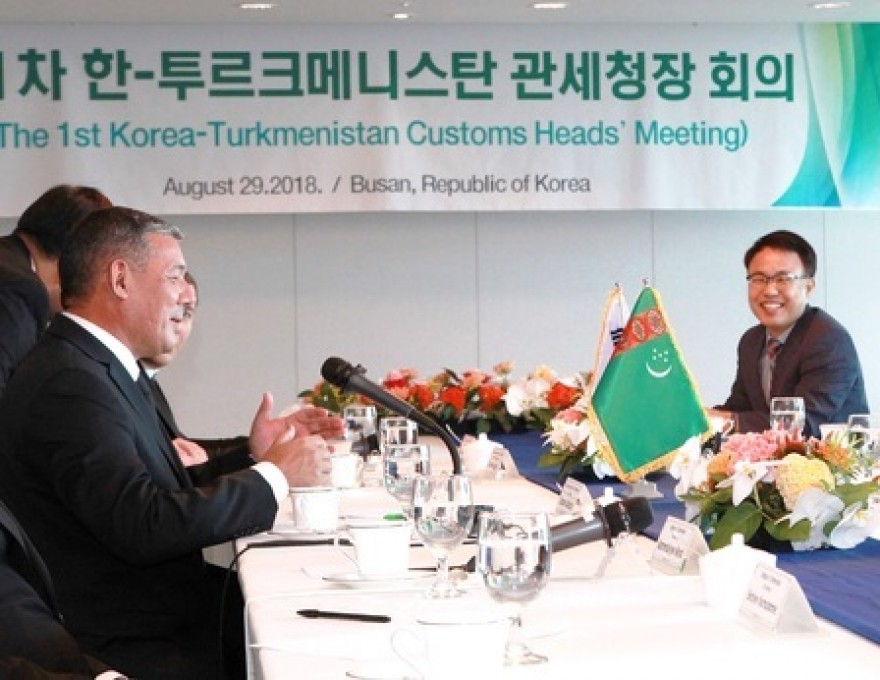 The Chairman of the State Customs Service of Turkmenistan visited Korea

The delegation from Turkmenistan headed by the Chairman of the State Customs Service of Turkmenistan Mr. Atadurdy Osmanov has made an official visit the Republic of Korea on August 29-31. On August 29th, the 1st meeting of the Heads of Customs of two countries was held in the city of Busan. During the meeting, heads of customs services discussed new ways of cooperation, experience exchanges, training of customs official in Korea and others. Memorandum of Understanding was signed in the end of... 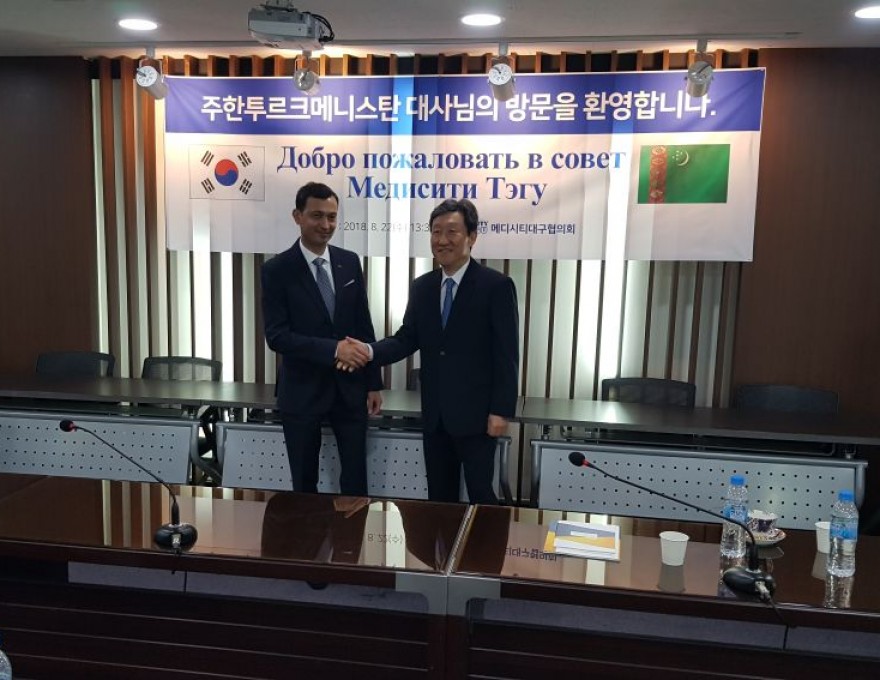 Turkmen diplomats had meetings in the city of Daegu

On August 22, a delegation of the Embassy of Turkmenistan in Republic of Korea visited the city of Daegu, where a number of meetings were held. During the visit, Turkmen diplomats held meeting the Vice-mayor of Daegu to discuss cooperation in the fields of textile and medical cooperation. The sides discussed the opportunities in which the specialists from Turkmenistan in the field of textile and healthcare could gain Korean knowledge and technologies. During the visit to the city of Daegu,... 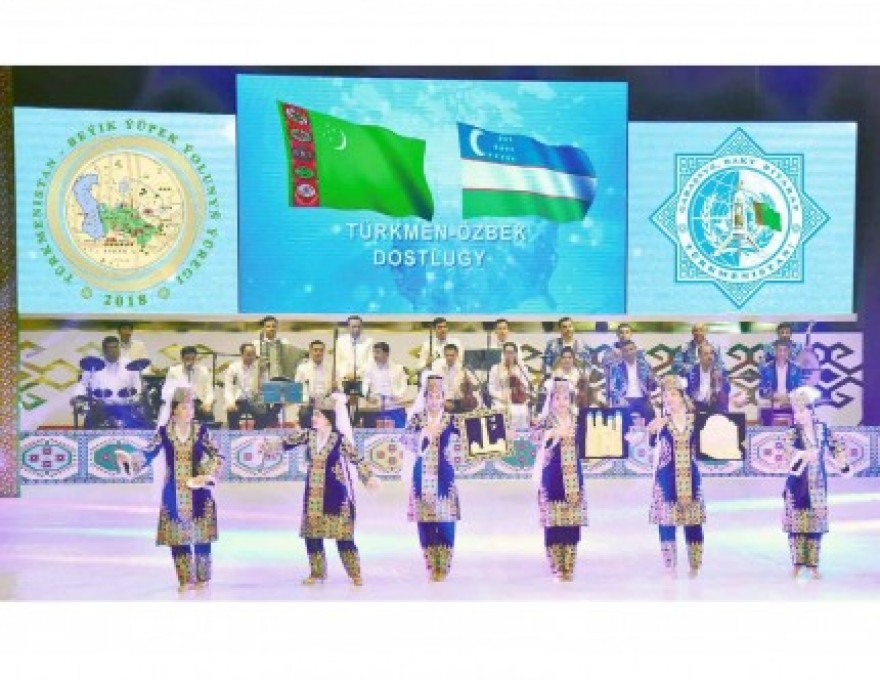 On August 16, 2018, Turkmen-Uzbek business forum within the framework of cooperation in trade, economy, culture and humanitarian sphere between Lebap velayat of Turkmenistan and Bukhara region of Uzbekistan was held in Turkmenabat. The representatives of state agencies, industrial companies, business communities and cultural figures of Lebap velayat and Bukhara region took part in the forum. It has been noted by the participants that there have been wide range of opportunities to activate eff...