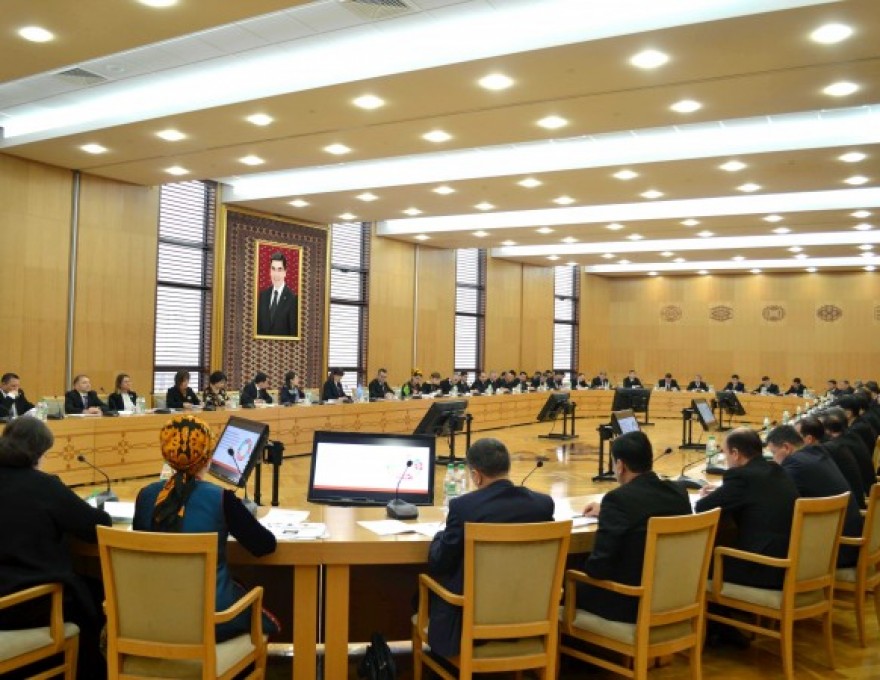 Meeting with the US Special Representative for Afghanistan

On December 11, 2018, the Minister of Foreign Affairs of Turkmenistan R. Meredov, held talks with the delegation of the United States of America led by the US Special Representative for Afghanistan, Zalmay Khalilzad. During the meeting, noting the positive results of joint cooperation in enhancing bilateral relations between Turkmenistan and the United States of America, the sides expressed interest in their further diversification. After exchanging views on the development of the political s...

On December 10, 2018, at the Ministry of Foreign Affairs of Turkmenistan there was a meeting with the delegation led by Ms. Ashita Mittal, Regional Representative for Central Asia of the United Nations Office on Drugs and Crime (UNODC), who arrived in Ashgabat on a working visit. At the beginning of the meeting, the Turkmen side thanked the UNODC regional representative for accepting an invitation to participate in the events dedicated to International Neutrality Day and the active participat...

On December 11, 2018 in the building of the Chamber of Commerce and Industry of Turkmenistan there was an opening ceremony of the international scientific conference "The heritage of the Great Silk Road and present international relations" and the exhibition dedicated to the International Neutrality Day. The conference was attended by the deputies of the Mejlis, heads of the ministries and departments, diplomats of the Ministry of Foreign Affairs of Turkmenistan, heads and representatives of...

THE INTERNATIONAL CONFERENCE ON MINISTERS’ LEVEL HAS FINISHED ITS WORK