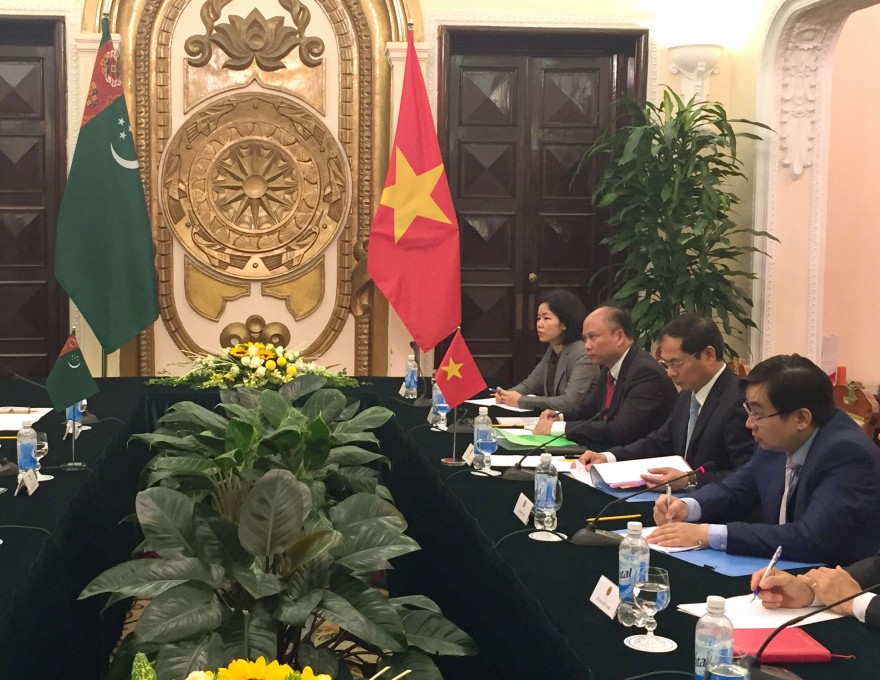 THE FIRST TURKMEN-VIETNAMESE POLITICAL CONSULTATIONS WERE HELD IN HANOI

On April 2, 2018 at the Ministry of Foreign Affairs of the Socialist Republic of Vietnam (in Hanoi), the first Turkmen-Vietnamese political consultations took place between foreign ministries of the two countries at the level of deputy foreign ministers. The Vietnamese delegation at the talks was headed by First Deputy Foreign Minister Bui Thanh Son. During the consultations, the current state and perspective directions of the development of bilateral relations in the political, trade-economi... 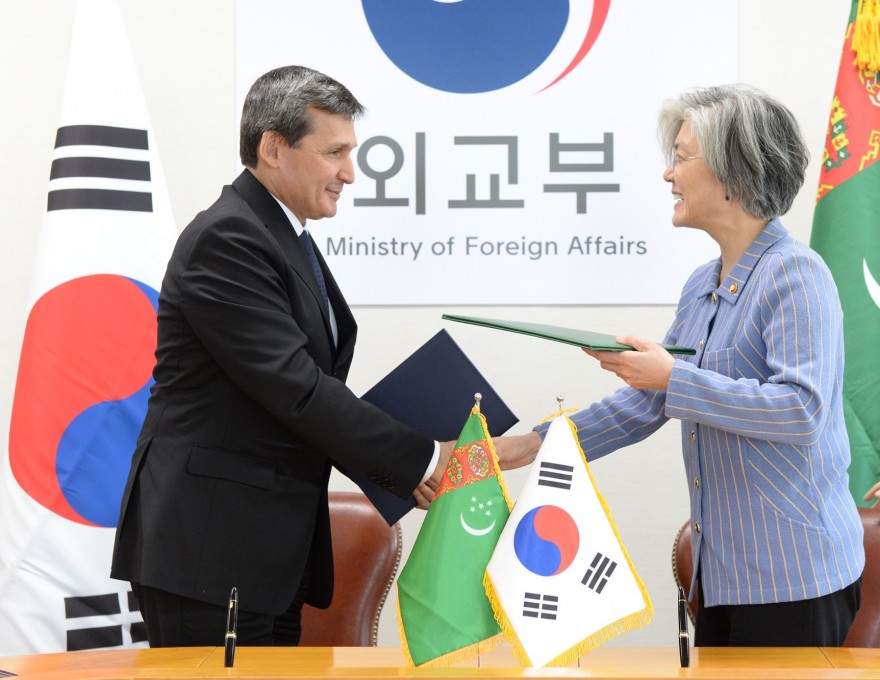 TURKMEN-KOREAN NEGOTIATION WERE HELD IN SEOUL

On March 30, 2018, at the invitation of the Korean side, the Deputy Chairman of the Cabinet of Ministers, Minister of Foreign Affairs of Turkmenistan Rashid Meredov, paid an official visit to Seoul, Republic of Korea. During the visit, negotiations were held with the Minister of Foreign Affairs of the Republic of Korea Ms. Kang Kyung-hwa. The sides considered the state of relations between two countries, noting the high dynamics of their development. The sides also discussed prospects for fur...

On March 28, 2018, at the Ministry of Foreign Affairs of Turkmenistan there was a meeting with the delegation headed by the Chancellor of the Korean Diplomatic Academy of the Ministry of Foreign Affairs of the Republic of Korea, Mr. Cho Byung Jae. Within the framework of the meeting, the sides exchanged views on the issues of the international agenda and the current state of relations between Turkmenistan and Republic of Korea. The sides noted the high dynamics of the political-diplomatic, tr... 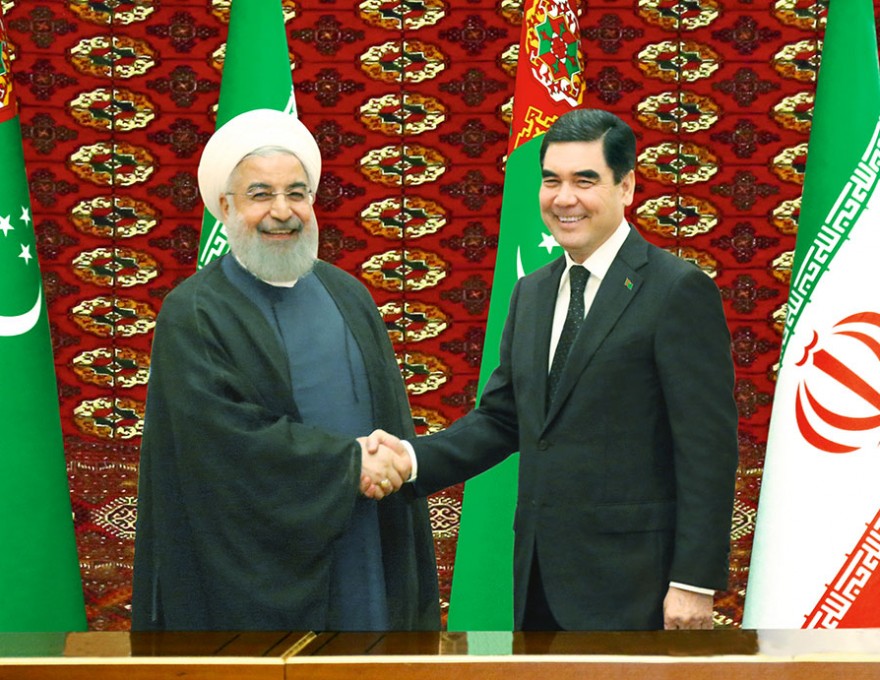 On March 27, 2018, President of the Islamic Republic of Iran Hassan Rouhani arrived in Turkmenistan on a two-day official visit. The head of the Iranian state was greeted by the officials at the International Airport of Ashgabat, decorated with the National Flags of the two countries. From the airport, the President of the Islamic Republic of Iran went to his residence, located at the Oguzkent Hotel. In the first half of the day, the high guest, accompanied by an honorable escort, proceede...

On March 27, 2018, the international high-level conference on Afghanistan "Peace process, security cooperation and regional connectivity" was held in Tashkent, the capital of the Republic of Uzbekistan. The Presidents of Uzbekistan and Afghanistan, the Foreign Ministers of Russia, Turkey, Pakistan, Kazakhstan, Kyrgyzstan, Tajikistan, the State Minister for External Affairs of India, the Deputy Foreign Ministers of Turkmenistan, China, Iran, Saudi Arabia and the United States, the Special Repr... 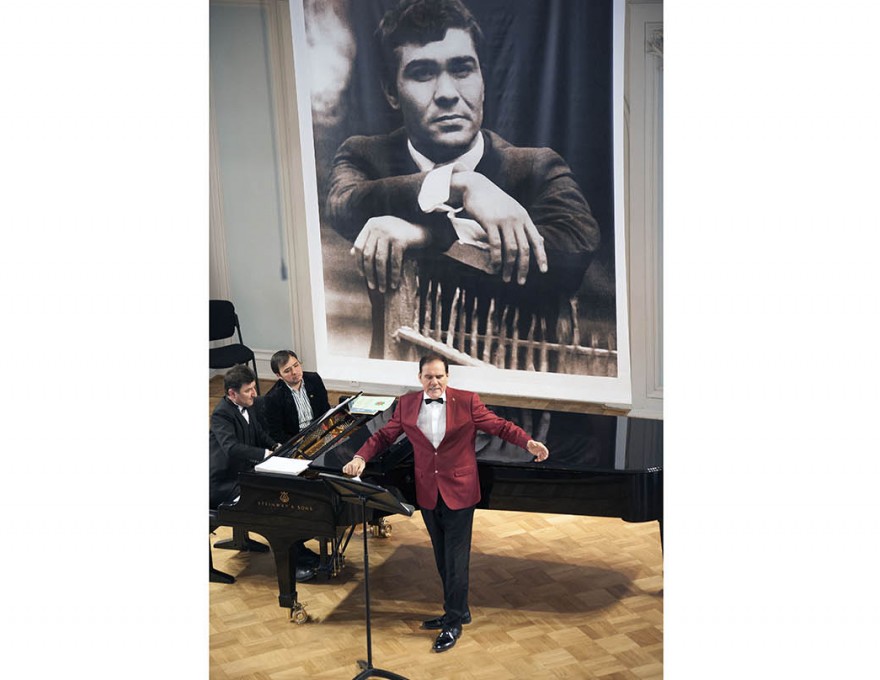 On March 28, 2018, a creative evening was held dedicated to the 80th anniversary of the Turkmen composer Nury Halmammedov, organized by the Embassy of Turkmenistan in the Russian Federation and the Moscow State Tchaikovsky Conservatory. A representative delegation headed by the pro-rector on the scientific and creative part of the Turkmen National Conservatory R. Kh. Amangeldiev came to Moscow from Turkmenistan to attend the event. Representatives of the State Duma of the Federal Assembly,...