From October 3-5, 2022, the delegation of Turkmenistan led by the Deputy Minister of Foreign Affairs of Turkmenistan B. Myatiev paid a working visit to Phnom Penh, Kingdom of Cambodia, to participate in the 41st meeting of the General Assembly of the Olympic Council of Asia.

According to the agenda, the reports of the committees of the Olympic Council of Asia and the organizing committees of the Summer and Winter Asian Games were heard. During the General Assembly, the issues of development of sports cooperation in the Asian region, the exchange of best practices in the preparation of athletes, the role of sport in the development of peace, the principles of respect and the expansion of opportunities for social integration, were also discussed. On the sidelines of the meeting were discussed the possibilities of holding major international sporting events in Turkmenistan in the coming years. 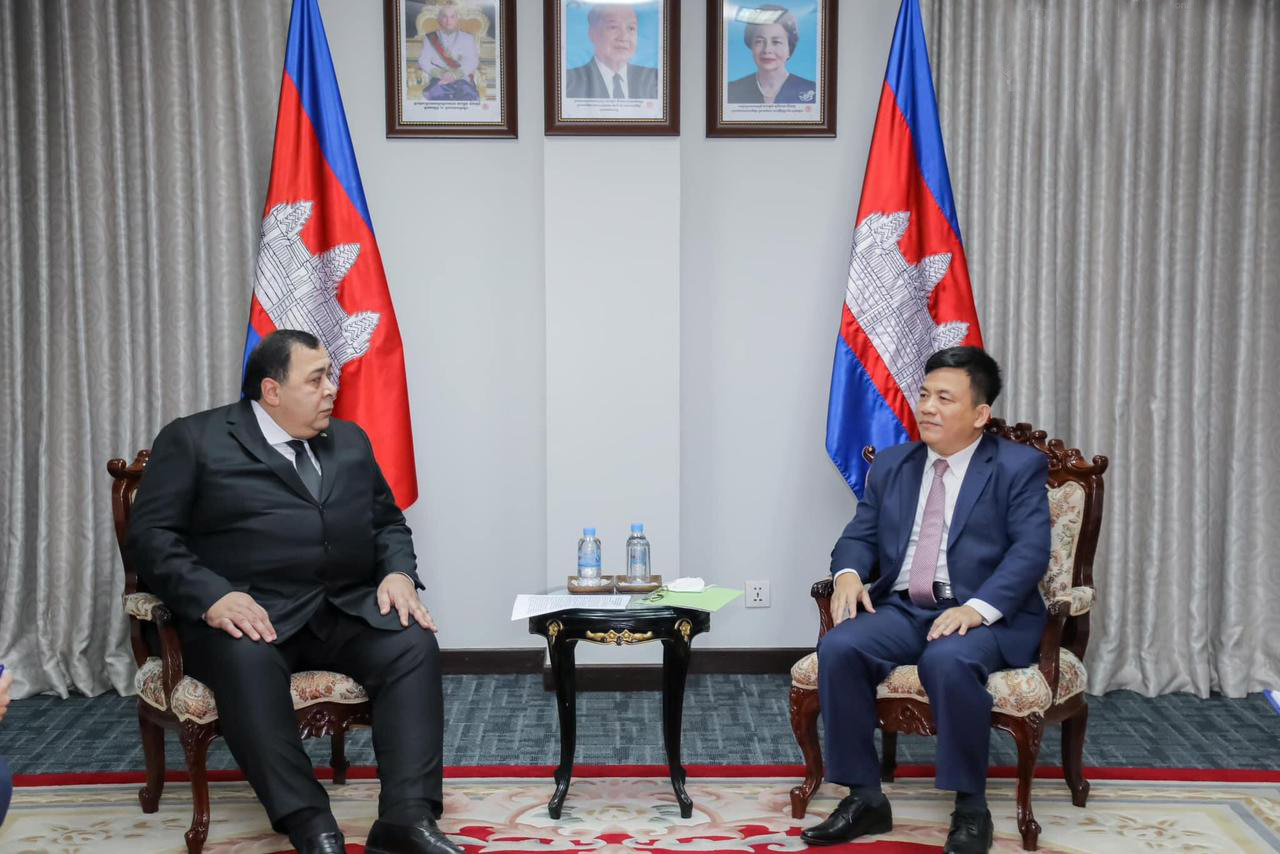 During the meeting, the prospects for expanding bilateral relations, in particular the development of trade and economic ties, were discussed. In this regard were considered the possibilities of establishing cooperation between the chambers of commerce and industry, as well as business circles of Turkmenistan and the Kingdom of Cambodia.

Given the rich cultural heritage of the two countries, it was proposed to establish ties in the field of culture and social and humanitarian areas.

In addition, the diplomats expressed the need to expand the legal framework for bilateral cooperation.

PARTICIPATION OF THE DELEGATION OF TURKMENISTAN IN THE MEETING OF THE...

MEETING AT THE MFA OF TURKMENISTAN WITH THE SECRETARY GENERAL OF TURKS...

THE PRESIDENT OF TURKMENISTAN RECEIVED THE MINISTER OF ENERGY OF THE I...

MEETING WITH THE MINISTER OF ENERGY OF IRAN

NEW AMBASSADOR OF THE REPUBLIC OF AUSTRIA ACCREDITED IN TURKMENISTAN

THE ELEVENTH MEETING OF THE TURKMEN-AUSTRIAN JOINT COMMISSION WAS HELD...